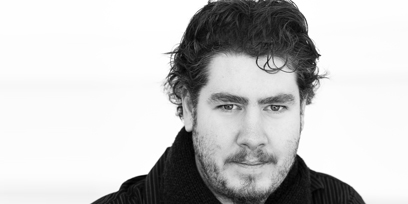 Greg Eldridge is an Australian-born stage director now based in the United Kingdom. Following training at the Opera Studio Melbourne, he completed further study at the European Academy of Florence in Italy and relocated to England. He has worked on over 50 productions in some of the world’s leading theatres, including The Royal Opera Covent Garden, Oper Frankfurt, The Israeli Opera, The Icelandic Opera and the Glyndebourne festival. He was the youngest ever Young Artist Director engaged by The Royal Opera in London, and subsequently became the first person to be appointed Jette Parker Associate Director at that theatre.

He has worked with directors including Sir David McVicar, Sir Richard Eyre, Christof Loy, Kasper Holten and Neil Armfield, and enjoys a close relationship with German repertoire, having worked on two complete Ring Cycles (in Australia and the UK), as well as productions of Salome, Tristan und Isolde and Aufstieg und Fall der Stadt Mahagonny at Covent Garden. In recognition of this, he was awarded the 2018 Bayreuth Scholarship by the Wagner Society of Victoria.

Greg has been a Guest Lecturer at institutions including the Royal Birmingham Conservatoire and Regents University in the UK, Music Academy International in Italy and the Lyric Opera Studio of Weimar in Germany. He is on the board of industry body Stage Directors UK, where he advocates for better access and conditions for all directors of live theatre.