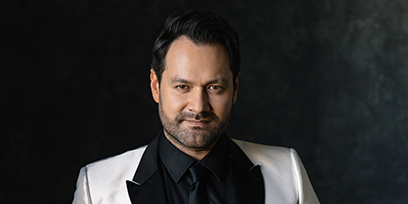 Ildar Abdrazakov kicks off the 21-22 season as Don Basilio in a new production of Il Barbiere di Siviglia at the Vienna State Opera. He returns to Vienna later as Boris Godunov and Selim (Il Turco in Italia) alongside Cecilia Bartoli. The Russian bass appears as Banquo in the prestigious season opening production of Macbeth at the Teatro alla Scala, where he also appears in solo recital. Ildar Abdrazakov makes a notable role debut as Scarpia (Tosca) at the Teatro di San Carlo in Naples and and his house debut as Gremin (Eugene Onegin) at the Opera Royal de Wallonie. In addition, he returns to the Bolshoi Theatre as Don Giovanni, to the Opera de Monte-Carlo as Selim (Il Turco in Italia) and to Zurich Opera as Mustafa (L’Italiana in Algerie). Ildar Abdrazakov can be heard as Attila in concert performances at the Royal Opera House and at the Stavanger Konserthus, where he performs Mussorgsky’s Songs and Dances of Death.