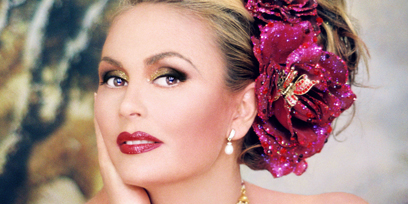 Jacqueline Mabardi was born in Brisbane beginning her career with Opera Queensland in their Choice Voices programme, singing Second Lady in The Magic Flute and solo concerts with the Queensland Symphony Orchestra.  She then based herself in Europe for several years; some her appearances included: soloist at the Shalyapin Music Festival in Kazan, Russia; Aida at the Helicon Theater Moscow; gala concerts for the opening of the Galina Vischnevskaya Opera Centre, Moscow; televised performances for the Bolshoi Theatre and Tchaikovsky Hall Moscow; Rosalinde in Die Fledermaus in Moscow and Germany; Lisa in Pique Dame for the Ravenna Festival, Italy; and televised performances of Nedda in Pagliacci in Lithuania.


Since returning to Australia in 2006, Jacqueline has become one of this country’s busiest and most popular leading sopranos – singing many major roles for Opera Australia, Opera Queensland and State Opera of South Australia.


For Opera Australia in Sydney and Melbourne, she has undertaken the title roles in Tosca and Aida, Minnie in a new production of La fanciulla del West, Musetta in La Bohème, Curly’s Wife in Of Mice and Men, Amelia in Un ballo in maschera and Lady Macbeth in Macbeth.


For Opera Queensland, she has sung Amelia in Un ballo in maschera and Rosalinde in Die FledermausLa fanciulla del West and The Countess in Le nozze di Figaro.


On the concert platform, Jacqueline has appeared as soloist with the Queensland, Adelaide and Tasmanian Symphony Orchestras.  She recently took the soprano solos in Beethoven’s Symphony No. 9 for the 40th Anniversary celebrations of the Sydney Opera House and sang Verdi’s Requiem in Brisbane.


In 2015, Jacqueline Mabardi returned to Opera Australia for performances as Tosca and as Elisabetta in Don Carlos.