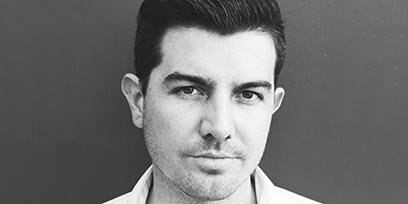 Bass-Baritone James Olds holds a Masters of Music in Performance from The Guildhall School of Music and Drama, London.


James has also been an active member of the Opera Australia Chorus since 2009.


He was the recipient of both the Sanderson Award and the Hawaiian Performing Arts Festival Prize at the 2016 Joan Sutherland and Richard Bonynge Bel Canto Award Final and semi-finalist in this year's Sydney Eisteddfod Opera Scholarship (previously Sun Aria).


In 2015, James performed the role of Count Almaviva in Mozart’s The Marriage of Figaro for Rockdale Opera and was the winner of the 34th National Liederfest, which secured him a scholarship at the Franz Schubert-Institut in Austria where he worked with Elly Ameling, Helmut Deutsch, Andreas Schmidt, Robert Holl and Rudolf Jansen.


In 2013, James accepted a scholarship into the Artist Masters Programme at The Guildhall School of Music and Drama in London where he studied under Welsh Soprano Marilyn Rees. That same year, James toured the UK and France with Diva Opera again performing the role of The Officer in Rossini’s The Barber of Seville and was a finalist in the The Australian Music Foundation Awards at Wigmore Hall.


While in London, James performed the role of Betto in Puccini’s Gianni Schicchi for St. Paul’s Opera and the roles of Rocco (Fidelio), Leporello (Don Giovanni), and Dr. Dulcamara (L'elisir d'amor) for Guildhall Postgraduate Opera at the Milton Court Theatre.