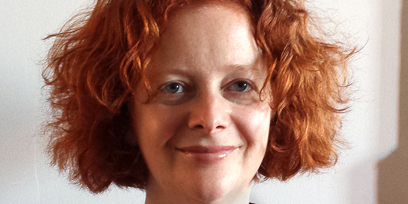 Jane Cox is a lighting designer for theatre, opera, dance and music. 2016-17 theatre season designs include August Wilson’s Jitney and the new musical Amelie on Broadway; the new play Roe in theatre across America and Othello at New York Theater Workshop. Recent theatre designs include Hamlet with Benedict Cumberbatch; The Flick by Annie Baker and The Color Purple, Machinal and All the Way on Broadway.

Jane has been nominated for several Lortel and Drama Desk awards and for two Tonys. She was awarded the Ruth Morley Design Award by the League of Professional Theater Women in 2016 and the Henry Hewes Design Award in 2014.

Jane is a twenty year company member of the Monica Bill Barnes Dance Company and is currently working on three projects – One Night Only, to premiere at the Women’s Project this spring; Museum Workout, created for the Metropolitan Museum; and Happy Hour, a piece involving karaoke, cocktails and men’s suits.

Jane has an ongoing relationship with the Oregon Shakespeare Festival and with Classic Stage Company, and long standing collaborations with directors John Doyle, Sam Gold, Ruben Santiago Hudson, Pam MacKinnon and Bill Rauch; as well as with choreographer Doug Varone, with whom she was awarded a Bessie for Light and Dance. In 2016, Jane became the Director of the Theater Program at Princeton University, where she has focused on engaging more diverse communities in telling stories; on relationships between the arts and the sciences; and on deepening the program’s relationship with new American playwriting and with music theatre, including opera.