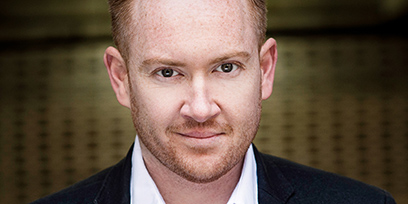 Jay James-Moody is an award-winning actor, director, writer and producer.


He is the creator and Artistic Director of acclaimed boutique company Squabbalogic Independent Music Theatre, was a co-founder of Sydney’s Hayes Theatre Co, and made his professional debut in Jerry Springer The Opera at the Sydney Opera House.


Two of Jay’s original music theatre projects, Good Omens (with Vicki Larnach and Jim Hare) and The Dismissal (with Blake Erickson and Laura Murphy) will receive development productions in 2019 through his company Squabbalogic.