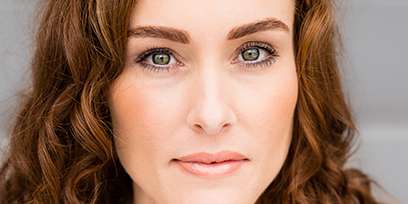 Jemma Rix is one of Australian musical theatre's prominent leading ladies, having starred in the stage hits Wickedand Ghost,along with numerous engagements to sing at events such as the Melbourne Cup, the NRL State of Origin, Carols By Candlelight and the Australian Olympic Team presentation night. Most recently she starred in The Wizard of Oz, produced by the Gordon Frost Organization, for which she garnered rave reviews as The Wicked Witch of the West.


Jemma is best known to the public for her portrayal of Elphaba in Wicked,performing throughout Australia, New Zealand and Asia, covering Singapore, Korea and the Philippines. She received a Helpmann Award nomination and won a Theatre People Pro Choice Award for her unforgettable Elphaba, captivating audiences far and wide with her portrayal of the green witch.


Jemma made her Sydney Opera House debut in a production titled Witches, conducted by Kellie Dickerson with the Sydney Symphony Orchestra and alongside a stellar cast of some of Australia's finest leading ladies of musical theatre.