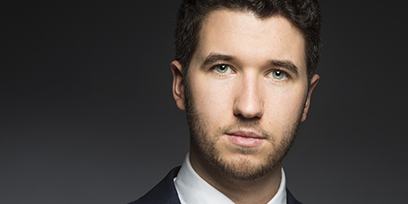 Praised for his command of the stage and vocal refinement, Canadian-Australian baritone Jeremy Dubé returns to Opera Australia after performing in Canada with Calgary Opera. He is currently performing the roles of Ramiro and Don Magnifico/ The King in the Opera Australia New South Wales Schools Tour.

With Calgary Opera, Jeremy performed the roles of Baron Douphol in La Traviata, Cascada in The Merry Widow, L’Horloge Comtoise and Le Chat in L’Enfant et les Sortilège. During the 2020 season, he originated the role of Igor Gouzenko in John Estacio’s The Cipher Clerk, as well as Dimitri in Vastation by Samy Moussa.