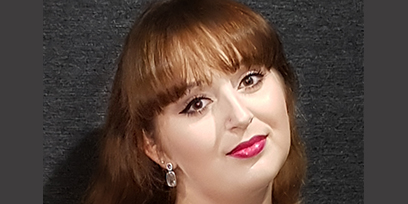 Jessica Boyd is a 25-year-old Australian-born soprano of Ukrainian heritage based in Melbourne.

Jessica graduated from Melbourne Conservatorium of Music in 2013, and received the C. M. Middleton Award for an outstanding female singer.

In 2014, Jessica won the Opera Scholar of the Year Award, and was a Semi-Finalist in the Herald Sun Aria and the Australian Singing Competition, where she won the Ruth Whitehead Encouragement Memorial Prize and the Tinkler Encouragement Award respectively.

In 2015, Jessica sang in the Festival of the Aegean with the Greek Opera Studio and the Festival Junger Künstler Bayreuth with the Berlin Opera Studio, performing the roles of Lucia from Lucia di Lammermoor, The Queen of the Night from Die Zauberflӧte, Olympia from Les Contes d’Hoffmann and Cunegonde from Candide.

In 2016, Jessica travelled to Paris where she was selected to audition for the Académie at the Opéra National de Paris. She was also invited to participate in the Mentor Program with the Melba Opera Trust, and performed the role of Donna Anna in Don Giovanni with Potted Opera.

In August, Jessica debuted with Opera Australia’s Schools Touring Company, performing the role of Isabella in the new opera El Kid. Jessica was again selected as a Semi-Finalist in the Herald Sun Aria and was also a Semi-Finalist for the German-Australian Opera Grant.

In 2017, Jessica will be performing the roles of Pamina/Lady/Queen/Papagena in Opera Australia’s Victorian Schools Tour production of Mozart’s The Magic Flute.