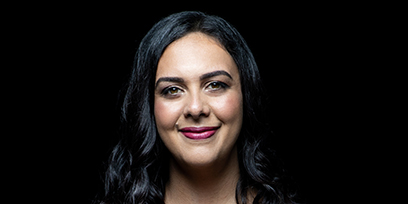 Jessica Carrascalão Heard is a soprano based in Melbourne. She began singing in choirs at an early age, with both Young Voices of Melbourne and Gondwana Voices. She went on to complete a double degree in Arts and Music at Monash University.

On stage Jessica has performed several roles in community opera and operetta productions. Roles include First Lady in Mozart’s The Magic Flute and both Second Woman and Sorceress in Dido and Aeneas. She has also performed several roles from the Gilbert and Sullivan canon, including both Yum-Yum and Pitti-Sing in The Mikado, Josephine in HMS Pinafore, Ruth in Pirates of Penzance, and both Phyllis and Iolanthe in Iolanthe.

Jessica has also been the recipient of several awards and prizes, and in 2018 was a finalist in both the Melbourne Welsh Male Choir Singer of the Year and the Ringwood Aria.