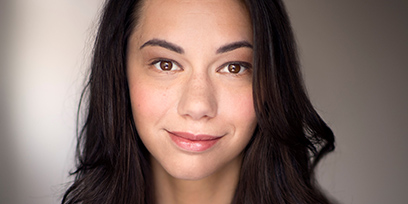 Jessica Vellucci began her formal Music Theatre training at Patrick Studios Australia under the direction of Andrew Hallsworth. She then went on to study a Bachelor of Fine Arts (Music Theatre) at the Victorian College of the Arts. Previously, Jessica has been a performer in Twisted Broadway and Australia’s Got Talent, and featured in the ABC miniseries Bastard Boys. Last year, Jessica made her professional music theatre debut as an ensemble member in The Boy From Oz (dir. Jason Langley) for The Production Company as well as appearing in the Melbourne Fringe Festival show Ascent (dir. Jayde Kirtchert) for Citizen Theatre Company. Jessica is also the grateful recipient of the 2017 Ron and Margaret Dobell Foundation Music Theatre Award.