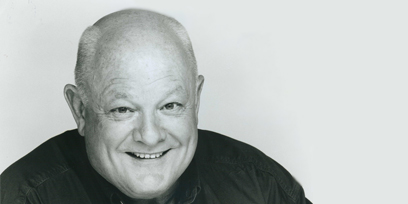 A celebrated performer and the winner of five Green Room Awards, John Bolton Wood, who was awarded an AM for his services to Opera in 2009, was born in Sydney, and received his music education at the NSW Conservatorium of Music and the London Opera Centre. He made his UK debut at the Royal Opera House, Covent Garden as Bosun in Benjamin Britten’s Billy Budd.

John returned to Australia in 1973 to sing the role of Roderick Usher in Larry Sitzky’s Fall of the House of Usher, the first fullscale production to be staged in the Opera Theatre, Sydney Opera House. Since then he has appeared with all the State Opera companies and with Opera Australia in a wide variety of roles.

John received great acclaim from the public and colleagues alike for his role as Old Deuteronomy in the Australian production and Asian tour of Cats, which he sang for an astounding 1498 performances. He is also noted for his performances in the operetta repertoire, particularly in roles such as Agamemnon (La Belle Helene), Jupiter (Orpheus in the Underworld) and his justly renowned interpretation of Frank (Die Fledermaus).

John’s successes in the Gilbert and Sullivan repertoire include Captain Corcoran in HMS Pinafore to Edward Woodward’s Sir Joseph Porter, Major-General Stanley in the Broadway production of The Pirates of Penzance, the role of Lord Mountararat in Iolanthe for the Victoria State Opera and Gilbert and Sullivan Unlimited with the Melbourne Symphony Orchestra. Other concerts include a Gala AIDS Benefit Concert in Brisbane, which was televised nationally, and Frank (Die Fledermaus) and Germont (La Traviata), both for the VSO at the Myer Music Bowl in Melbourne.

John’s recent engagements included performing the roles of Dottore Grenville in La Traviata for the inaugural Handa Opera on Sydney Harbour production, Baron Zeta (The Merry Widow), Benoit (La bohème) Sacristan (Tosca) and covering the title role in Rigoletto all for Opera Australia, Fra Melitone (La Forza del Destino) for State Opera of South Australia and Baron Zeta for Singapore Lyric Opera, along with an appearance as soloist in the City of Stonnington’s Opera in the Park.