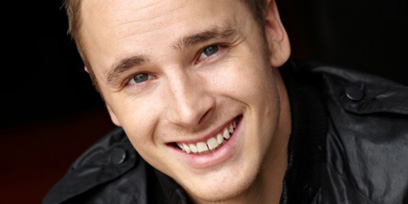 Jordan graduated from ED5 International in 2007 and most recently he was seen as Princeton/Rod in Avenue Q for the Melbourne Comedy Festival. Jordan’s performance credits include the MTV Awards with Fergie, NRL Grand Finals, the World Masters Games with Dein Perry’s Tap Dogs, the ARIAS, Australia’s Got Talent, X Factor, Australia’s Next Top Model and the Australian Idol Grand Final. He has worked with Guy Sebastian, Duffy and in the acclaimed What is Jazz cabaret show. He was also a resident dancer on the Sydney Showboat and a featured cast member of Wayne Scott Kermond’s Candy Man, which toured Australia. TVC’s include KFC, LG and Triple J and he has recently featured in the movie Goddess.


Jordan made his musical theatre debut in 2008, performing in Guys and Dolls and went on to tour in 2010/11 with West Side Story and played Big Deal and understudied the roles of Action and Riff. He was a part of the 2012 Australian tour of A Chorus Line performing as Don (u/s Zach) and was with the 2013 Australian company of the Broadway hit The Addams Family. Shows for The Production Company include Chess, Pirates of Penzance and Singin’ in the Rain. He also toured with Melinda Schneider in Doris – So Much More Then The Girl Next Door.


Jordan is also Creative Director of The Tap Pack – www.thetappack.com