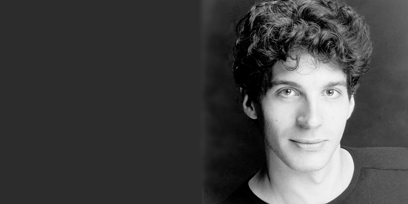 Bass Joshua Bloom made his Opera Australia debut in OzOpera's 1998 production of The Barber of Seville.  Further roles for OA have included Dandini in Cenerentola, Figaro in Le nozze di Figaro, Escamillo in Carmen, Leporello in Don Giovanni and Nick Shadow in The Rake’s Progress.  He won Green Room Awards for his performances as Dandini (2003) and Nick Shadow (2006).  As the recipient of the Wiener Staatsoper Award, Joshua performed Fiorello in Il barbiere di Siviglia and The Imperial Commissioner in Madama Butterfly at the Wiener Staatsoper.


As a member of the Merola Program and as an Adler Fellow at San Francisco Opera, Joshua Bloom performed the title role in Gianni Schicchi, Bartolo in Il barbiere di Siviglia, Don Alfonso in Così fan tutte, Garibaldo in Rodelinda, Angelotti in Tosca, Marchese D'Obigny in La traviata and The Black Politician in the US premiere of Le Grand Macabre.


Since 2006, Joshua has maintained a busy international operatic and concert career in America, Europe and Australia.  He sang Count Ribbing in Un ballo in maschera for San Francisco Opera and appeared in Salome and Die Zauberflöte for Santa Fe Opera.  He performed Alidoro in Cenerentola for Garsington Opera, Don Pedro in Beatrice et Benedict for Chicago Opera Theater and Quince in A Midsummer Night’s Dream at the Teatro Petruzelli and the Teatro Valli in Italy.


Joshua joined the roster of the Metropolitan Opera, New York covering Bryn Terfel as Mozart’s Figaro.  The following year, he made his performance debut as Masetto in Don Giovanni.


He has made frequent concert appearances with the Melbourne, Queensland and West Australian Symphony Orchestras in works such as Elgar’s The Dream of Gerontius, Verdi’s Requiem, Bach’s St. Matthew Passion and St. John Passion, Handel’s Messiah and Beethoven’s Symphony No. 9.


In 2010 and 2011, Joshua returned to the Metropolitan Opera as Truffaldino in Ariadne auf Naxos and as Masetto in a new production of Don Giovanni under Fabio Luisi; also as Rodolfo in La sonnambula for Opera Australia and as Harasta in The Cunning Little Vixen with the New York Philharmonic.  He appeared in concert with the LA Philharmonic, the Melbourne Philharmonic and the Melbourne, Adelaide and Queensland Symphony Orchestras.  2012 engagements included Gerald Barry's The Importance of Being Earnest at the Barbican in London, Mozart’s Figaro for Opera Australia, Masetto with the Los Angeles Opera, Leporello for Garsington Opera and Escamillo in Japan.

Most recently, he has sung Beethoven’s Ninth Symphony in Perth, The Rake’s Progress with The Auckland Philharmonia and The Importance of Being Earnest with Opera Northern Ireland La bohème at the Royal Albert Hall, London and Fidelio and The Cunning Little Vixen for Garsington Opera.