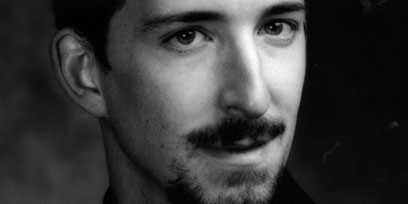 
His operatic engagements include the lead tenor rôle of Rodolfo in Baz Luhrman’s production of La Bohème on Broadway during 2003 and the world premieres of Jonathan Mills' The Ghostwife in the Melbourne and Sydney Festivals and at London's 2002 BITE02 Festival and Paul Grabowsky's Love In The Age Of Therapy in the Melbourne Festival.


Since 2004, as a full-time principal artist for Opera Australia, he has appeared as Camille in The Merry Widow, Nanki Poo in The Mikado, Ralph Rackstraw in HMS Pinafore, Marco Palmieri in The Gondoliers, both Dr. Caius and Bardolf in Falstaff, Florville in Il Signor Bruschini, Alfred in Die Fledermaus, Monostatos in The Magic Flute, Truffaldino in The Love For Three Oranges, Sellem in The Rakes Progress, Pong in Turandot, Squeak in Billy Budd, Andres/Cochenille/Pittichinaccio/Frantz/Nathanael in The Tales Of Hoffmann, Vitek in The Makropulous Case, Pirelli in Sweeney Todd, The Shabby Peasant in Lady Macbeth Of Mtsensk, Reverand Horace Evans in Peter Grimes, Acis in Acis & Galatea, and Johnny in the company’s world premiere season of Bliss at the Edinburgh Festival.


For Opera Queensland, he has appeared as Nadir in The Pearlfishers, Nanki Poo in The Mikado and Ramiro in Cenerentola and, most recently, as Andy Warhol in the 2014 Brisbane Festival season of The Perfect American.


Other operatic engagements include The Duke in Rigoletto for Oz Opera, Victorian Opera’s premiere season of Through The Looking Glass and Erice in L’Ormindo for Pinchgut Opera.