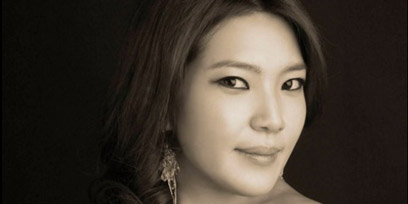 Karah Son graduated in Voice at the Yonsei University in Seoul, her native town. She then completed her musical education graduating from the Vivaldi Music Conservatory in Novara (Italy) and attending the Academy of the Teatro alla Scala in Milan under the guidance of Mirella Freni.

She made her debut in 1997 singing Contessa in Le Nozze di Figaro at the National Theater in Seoul. She has since performed Zerlina in Don Giovanni at the Teatro S. Lorenzo in Milan; Mimì in La Bohème at the Teatro Cristallo in Bergamo, in Milan and at the Teatro Lirico in Cagliari; Liù in Turandot at the Teatro Filarmonico in Verona, at the Teatro Comunale in Bologna, in Nancy and the Palau de les Arts Reina Sofia in Valencia.

Her concert appearances include participations at the Young Musicians Concert held at the National Theater in Sejong (Seoul) and sponsored by the The Chosun Ilbo (lit. Korea Daily News), the Concerto per la Poesia at the Vignola Festival and the Festa della Musica in Modena (Italy).