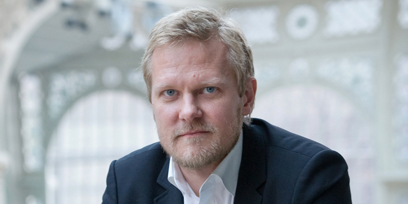 Kasper Holten was Director of Opera at the Royal Opera House Covent Garden from 2011 to 2017.

In his previous eleven years as Artistic Director of the Royal Danish Opera he made audiences laugh, cry and, above all, engage in a series of provocative productions ranging from Ligeti’s Le Grand Macabre to Lerner & Loewe’s My Fair Lady via Verdi’s Don Carlos and Strauss’ Die Frau ohne Schatten. Above all his landmark staging of Wagner’s Der Ring des Nibelungen – also known as ‘The Copenhagen Ring’ – has now been internationally acclaimed following its release on DVD followed by his new production of Tannhäuser – both available on Decca. His lasting legacy is that he instigated the move to and the opening of the new Copenhagen opera house.

He has directed a contemporary and ground-breaking motion picture JUAN based on Mozart’s Don Giovanni, but sung in a modern English translation and filmed on locations in Budapest with a cast including Christopher Maltman and Mikhail Petrenko.

Equally adept in the theatre, Holten’s work includes Iphigenia at the new National Theatre in Copenhagen; A Clockwork Orange for the Royal Dramatic Theatre, Stockholm; Shakespeare’s Romeo and Juliet, The Taming of the Shrew and Hamlet; as well as a number of contemporary works including several world premieres. Kasper Holten has won Reumert Awards in both the Performance and Director of the Year categories for his production of Hamlet at Aalborg Theatre and Reumert Awards for Best Music Theatre and for Best Opera and numerous prizes and grants.

A native of Copenhagen, Holten studied theatre and music at the University of Copenhagen before working as an assistant to directors John Cox, David Pountney and Harry Kupfer. Between 1997 and 2000, he worked as artistic director of Aarhus Sommeropera Festival, and served as a member of the Danish Music Council from 1995 through 1999. Between 2000 and 2008, he was a member of the Danish Radio and TV Council and is now an Associate Professor at Copenhagen Business School.