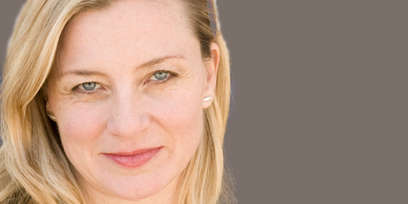 Kate’s first professional engagement was with the Munich-based modern dance company Iwanson Dance Company at the age of 16. She stayed in Munich for three years before returning to Australia in 1981 to join the One Extra Company under the artistic direction of Kai Tai Chan. In 1985, with a grant from the Australia Council, she went to New York to study. Returning to Australia she became a founding member of Dance North in Townsville before moving to Adelaide to become part of Australian Dance Theatre. In 1992 she traveled to London, where she spent time with DV8 Physical Theatre and its Artistic Director Lloyd Newson working as production assistant and then performer on Strange Fish both stage and BBC film versions.

In 1996, Kate was the recipient of the NSW Ministry’s Robert Helpmann Scholarship for choreographic excellence. That same year, she created and performed her solo work Face Value, which toured Australia two years later. This production earned her a 1998 Green Room Award and a MO Award.

In 1997, she choreographed Neil Armfield’s internationally acclaimed production of Cloudstreet, and directed and devised Under the Influence for Legs on the Wall, which toured internationally. The following year she rejoined DV8 in London where she worked as rehearsal director on a European tour of Enter Achilles as well as collaborator and performer on The Happiest Day Of My Life. In 2000 she worked with Newson again as his assistant for the DV8/Olympic Arts Festival production of The Cost of Living.

In June 2001, the Sydney Opera House commissioned the premiere of a new solo show called About Face. In 2002 the Sydney and Melbourne Festivals co-commissioned Same, same But Different, the first performance by the newly-created company Force Majeure. The highly acclaimed production was a sell-out success and won a 2002 Helpmann Award for Best Visual or Physical Theatre Production. That year, Kate also won the Helpmann Award for Best Female Dancer for About Face.

In 2003, Kate performed her two solo shows About Face and Face Value together in a combined program called Face 2 Face, which toured to Brisbane, Adelaide and Melbourne.

In 2004 she choreographed the world premiere of Dirty Dancing, the stage show based on the popular film. Her choreography has been included in the European, West End  and North American versions of this box office record holding production.

In 2005 she directed Force Majeure’s second major work Already Elsewhere at the Drama Theatre, Sydney Opera House for the Sydney Festival as well as Tenebrae – Part 1 and 2  in collaboration with the Song Company.

Already Elsewhere was invited to tour to the prestigious Biennale de la Danse in Lyon in September ’06.

Force Majeure’s new work The Age I’m In premiered at the Sydney and Adelaide Festivals and performed a return season at CarriageWorks in 2008. The Age I’m In toured Dublin, Montreal and Seoul in ’09.

Kate was the choreographer of Sydney Theatre Company’s  2010 production of Spring Awakening.