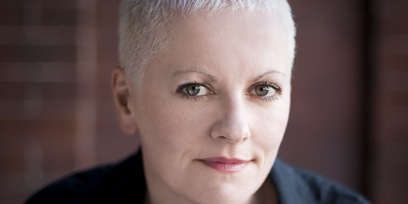 Kate has been directing full-time since completing a one-year NIDA Director’s course in 1996 and has established herself as a distinctive and inventive director, with productions for such companies as Pinchgut Opera, Belvoir St Theatre, Ensemble Theatre, Griffin Theatre and Melbourne Theatre Company.

Other productions include The Undressing Room for Mardi Gras Festival; Queen C for Company B; Days of Significance for NIDA; the hit musical Altar Boyz; Phaedra’s Love for ATYP; the highly acclaimed production of Twelfth Night for Siren Theatre Co; Carmen for OzOpera; The Gates of Egypt for Company B Belvoir; Camarilla for Merrigong Theatre Company; Les Miserables for Alexander Productions; Duck for Siren Theatre Co and presented at Belvoir St Theatre; Drumming on Water for the Street Theatre; A Lie of the Mind for WAAPA and Human Resources for Siren Theatre Co presented at Darlinghurst Theatre. Prior to this, Kate directed The Violet Hour for the Ensemble Theatre, where she was associate director from July 2004 – June 2005. In 2005 Kate attended the SITI Company summer intensive (Ann Bogart) in New York; was appointed as a board member of Australian Theatre for Young People and was the Creative Director of ATYP 2005 fundraiser and also attended the Tutor at World Interplay.

Kate has also moved into filmmaking, and her two short films, Cake and Embrace, have gone on to win numerous awards at Australian film festivals. Kate is also a costume designer, and has designed for numerous productions.