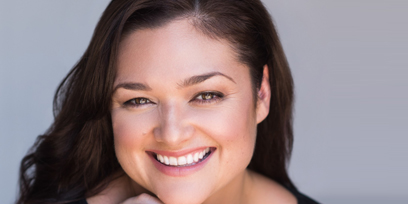 Kate Maree graduated from the Western Australian Academy of Performing Arts (WAAPA) in 2000, was immediately cast to understudy the lead role of Sophie in the original Australian cast of Mamma Mia!. She has been in countless shows since, with her most memorable role being Scaramouche in the worldwide musical hit We Will Rock You, working with Brian May from Queen and Ben Elton. Other career highlights include playing Jo March in Little Women, Petra in Opera Australia’s version of A Little Night Music with Anthony Warlow, and covering Liza in The Boy From Oz with Hugh Jackman. Kate Maree was one of the four original cast members of Matthew Robinson’s song cycle Sing On Through Tomorrow and can be heard on the cast recording (available for purchase on ITunes). She most recently appeared in Opera Australia’s My Fair Lady directed by Dame Julie Andrews.


Kate Maree has received many nominations and awards including a Sydney Theatre Award, a Green Room Award and a prestigious Helpmann Award, which she won for her role in We Will Rock You.