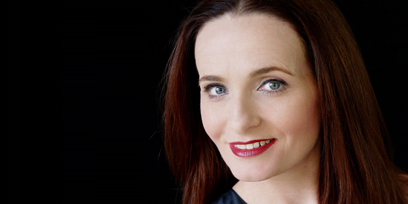 New Zealand-born Katherine Wiles currently lives in Sydney, Australia after being based in the UK where she studied with Patricia Hay. She holds an F.T.C.L. Voice from Trinity College, London, England, a Masters in Opera from Royal Scottish Academy of Music and Drama in Glasgow, Scotland and a Bachelor of Music (Honours) from Auckland University, New Zealand. From 1996-1999 Katherine was a Young Artist and Chorus Member of New Zealand Opera. Katherine has been a full time member of the Opera Australia chorus since 2007.

In 2015 Katherine continued performing with Opera Australia as Papagena (The Magic Flute), Kate Pinkerton (Madama Butterfly) in the Melbourne season, and Handmaiden (Turandot).

During 2014 Katherine’s performances with Opera Australia included Papagena in The Magic Flute and Giannetta in The Elixir of Love. In 2013 Katherine performed the role of Cupid in Orpheus in the Underworld and Donna Elvira in Don Giovanni on tour for OzOpera in Victoria, South Australia, Queensland, Northern Territory, Western Australia and New South Wales, as well as covering Oscar (Un ballo in maschera), Eurydice (Orpheus in the Underworld) and Ortlinde (Die Walküre) for Opera Australia’s Ring Cycle. In 2012 Katherine performed Valencienne (The Merry Widow), Papagena (The Magic Flute) and Handmaiden Two (Turandot) for Opera Australia and Donna Elvira (Don Giovanni) for OzOpera on tour in New South Wales, South Australia and Victoria.

Other recent performances include the roles of a Musician (Manon Lescaut), Mrs. Nordstrom (A Little Night Music) and First Bridesmaid (The Marriage of Figaro) for Opera Australia; Adina (L’elisir d’amore) for State Opera of South Australia; Serenade to Music with the Sydney Symphony conducted by Mark Wigglesworth; High Tea concerts at the Sydney Opera House; a series of concerts with Opus Orchestra on tour in New Zealand; Messiah for Sydney Philharmonia Choirs at Sydney Opera House as well as for Auckland Choral Society and Christchurch City Choir in New Zealand and the New Zealand Premiere of Bach St. Luke Passion for Bach Musica. She also covered the role of Betty in Bliss for Opera Australia at the Edinburgh Festival and was a guest soloist on board the Royal Yacht Britannia for an Opera Australia/Edinburgh Festival Event.

Recordings and broadcasts include Messiah “With a Voice of Singing,” L’elisir d’amore and Le Nozze di Figaro.