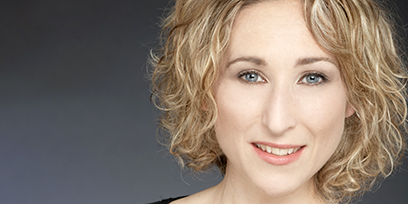 Kathleen was born and raised in Canada and has called Australia home for the past 13 years. She has an honours degree in Theatre and has post graduate studies in Opera, Art Song and Oratorio at the University of Toronto, Canada. Her Canadian stage roles includes Page in Seesaw and Clarice/Brigella in Servant of Two Masters (Toronto), Phyllis in Iolanthe (Winnipeg) and Minerva in Orpheus and the Underworld (Edmonton).

Kathleen’s Australian stage credits include Confidante/Wardrobe Mistress in the Australasian tour of The Phantom of the Opera (Really Useful Group and Gordon Frost Organisation), Clara in the Australian Premiere of The Light in the Piazza (Sydney Lyric Theatre), Edith Understudy in The Pirates of Penzance (Opera Australia), Yelenka/Lara Understudy in Dr. Zhivago, the Musical (GFO), Madame Giry Understudy in the International tour of The Phantom of the Opera (RUG), Sister Margaretta/Sister Bertha Understudy in The Sound of Music (GFO), and Madame Benoit/Chorus in La Bohème (Opera Australia’s Handa Opera on Sydney Harbour). Kathleen is thrilled to be a part of this production of Evita.