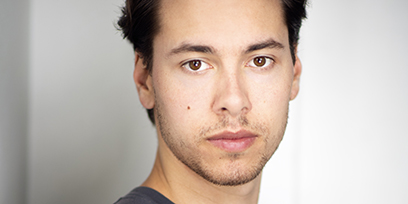 Keanu's training began in 2007 when he joined Brent Street School Of Performing Arts. In 2013, at the age of 16, Keanu made his Musical Theatre debut when he was cast in Baz Luhrmann's Strictly Ballroom The Musical as their youngest ensemble member, also understudying the lead role of Scott Hastings.


Other musical theatre credits include the Australia/New Zealand tour of CATS, playing the role of Alonzo and covering Rum Tum Tugger and most recently touring with Disney's Aladdin in which he performed in the ensemble and covered the role of Kassim.


Additional career highlights include performing as part of 13 Rooms under the direction of Sydney Dance Company's Artistic Director Rafael Bonachela and film and screen opportunities including the lead role of Tuk in feature film The Siege of Robin Hood, Channel [V], The Dave and Kerley Show, Network 10, Don't Stop Beliving pilot and more.


He is very excited to be playing the role of Bernardo in the Australian Tour of West Side Story. Keanu wishes to thank his encouraging mother for all her continuous love and support.