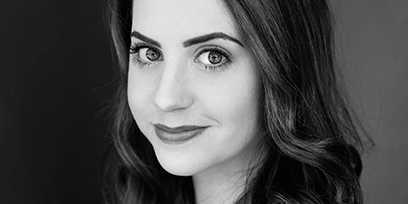 Kelsi’s professional career began at the age of 11 when she was cast as Debbie Wilkinson in Billy Elliot. She went on to perform as a Lead Vocalist for the NSW School Spectacular for 6 years before starring as Belle in Beauty and the Beast (Packemin Productions) and graduating from the Talent Development Project (TDP) in 2014.

Kelsi graduated with a Bachelor in Musical Theatre from the Western Australia Academy of Performing Arts (WAAPA) in 2017, playing various roles during her studies in productions such as Rent, 42nd Street, A Midsummer Night’s Dream, Heathers and Chicago. Upon graduating, she toured China and Japan as a Lead Vocalist on the Quantum of the Seas with Royal Caribbean Cruise Lines before returning to Australia where she was selected as a finalist for the Rob Guest Endowment Award.

Kelsi has appeared in the leading role of Scaramouche in We Will Rock You (Packemin Productions; 2021) and as Schapelle Corby in Schapelle, Schapelle, a new Australian musical Kelsi choreographed and co-developed. The show enjoyed sold out seasons at both the Adelaide Fringe Festival (2020) and the Sydney Comedy Festival (2021) and will tour Australia including the Melbourne International Comedy Festival in 2022.

Most recently, Kelsi appeared on The Voice: Generations for Channel 7 where she was a Grand Finalist working alongside mentor, Jessica Mauboy. Kelsi is a proud member of Equity and is represented by T&E Management.