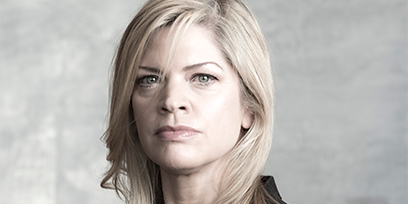 Keri-Lynn Wilson is a guest conductor of leading international opera companies and orchestras.

The current season Ms. Wilson will conduct La Traviata at the Bayerische Staatsoper München as well as a concert performance of Rossini’s Sigismondo with the Münchner Rundfunkorchester, Carmen at the Royal Opera House Covent Garden in London, Faust at the Washington National Opera, Così fan tutte at the Opera Australia and Cavalleria Rusticana / I Pagliacci at an Open Air performance with the NDR Radiosinfonieorchester in Hannover as well as numerous symphonic concerts.

In 2017/18 Ms. Wilson conducted the season-opening, new production of Verdi’s Aida at the English National Opera in London, Il Barbiere di Siviglia at the Bayerische Staatsoper München, Rusalka in Prague and a new production of Bizet’s Carmen in Warsaw as well as orchestral concerts, including the Toronto Symphony, the Montreal Symphony and the Hungarian National Orchestra.

In 2016/17 Ms. Wilson conducted at the Bolshoi Opera (Don Carlo), the Bayerischer Rundfunk Orchestra (Roméo and Juliette), the NDR Orchestra (Rigoletto), and in Valencia (L’Elisir D’Amore) and Bilbao (Don Giovanni).  She also made her debut with the Canadian Opera Company (Tosca), and conducted the orchestras of Iceland and Prague, amongst other engagements.

Recently, Ms. Wilson conducted Madama Butterfly at the Munich Opera, Il Trovatore in La Coruna, Otello at the Montreal Opera, The Flying Dutchman in Warsaw, a double bill of Poulenc’s Les Mamelles de Tirésias and Viktor Ullmann’s Der Kaiser von Atlantis at the Juilliard Opera, Hänsel und Gretel at the Mariinsky Theater, and La Fille du Regiment in Palermo and at the Royal Opera House in Oman. She also conducted the Dusseldorf Symphony and a televised performance of La Traviata with the NDR Orchestra.  She also acted as Music Director of the National Slovenian Philharmonic; made her debut at the English National Opera, leading Richard Jones’ new production of Puccini’s La Fanciulla del West; and conducted Verdi’s Attila and Il Trovatore in La Coruna; and an open air, televised performance of La Bohème with the NDR Orchestra.

Other recent highlights include Un Ballo in Maschera and Pique Dame in Stockholm with the Royal Swedish Opera, Madama Butterfly in Tokyo at the New National Theater; Lady Macbeth of Mtsensk and La Traviata at the Zurich Opera; Flying Dutchman at the Montreal Opera; Nabucco in La Coruna; La Traviata in Bilbao; Eugene Onegin in Warsaw; Turandot at the Schleswig-Holstein Music Festival with the NDR Orchestra; Otello in Bari; and Boris Godunov in Tel Aviv.

Dorian Records has produced a CD, Danzon, of Ms Wilson conducting the Simón Bolivar Orchestra of Venezuela in a recording of Latin American compositions. A native of Winnipeg, Canada, Ms. Wilson studied the flute, piano and violin. At the Juilliard School in New York, she was a student of renowned flutist Julius Baker and made her debut at Carnegie Hall at the age of 21. A recipient of the Bruno Walter Scholarship, she continued her studies at Juilliard in the conducting program with Otto-Werner Mueller. Ms. Wilson received her Bachelor and two Masters Degrees in both conducting and flute performance from Juilliard in 1994. She made her debut with the National Arts Center Orchestra of Canada at the age of 23. While still a student, she assisted Claudio Abbado at the Salzburg Festival and won a fellowship from the Tanglewood Music Center. Upon graduation, she was the Associate Conductor at the Dallas Symphony Orchestra until 1998, when she launched her international career as a guest conductor.