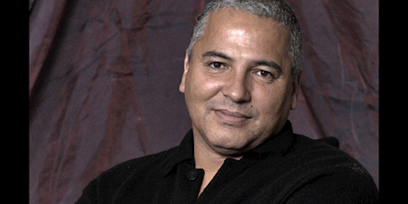 Kim began dancing with his mother, Margaret Walker AM, and his dancing career began with the Aboriginal and Islander Dance Theatre in 1976.  After joining  Sydney Dance Company he was appointed a principal dancer from 1980 – 1990 during which he danced and performed many lead roles under the artistic direction of Graeme Murphy.  During his time with Sydney Dance Company, Kim also studied at a number of other companies including the Alvin Ailey School in New York.

In 1998 Kim was appointed as Artistic Director of the Flying Fruit Fly Circus and has not only created a number of new and innovative works but also toured the company both nationally and overseas to great acclaim.

Kim has served as a member of the NSW Ministry for Dance, on the HotHouse Artistic Directorate and the Theatre Board of the Australia Council for the Arts.