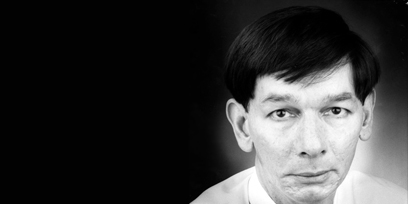 The late Kristian Fredrikson became one of Australia’s most experienced and sought after designers.

A former graphic artist and newspaper journalist, Kristian studied design with the late Harry Baker in Wellington and won numerous awards for his work.

Kristian’s designs have featured in productions for opera, drama, ballet, film and television. He was one of a specialised team of designers working on the Opening Ceremony of the Sydney 2000 Olympic Games and he also designed the costumes for Annie which toured Australia in 2001 and he was costume designer for The Man of La Mancha (produced by SEL/ Gordon Frost Organisation/Macks Entertainment).

Upon his arrival in Australia, Kristian was Resident Designer for Melbourne Theatre Company for eight years. During this time he worked on a number of productions for the company including Three Sisters, The Servant of Two Masters and War and Peace.

Kristian designed a large number of productions for a variety of Australian and New Zealand opera, theatre and ballet companies including the Australian Ballet (Cinderella, Coppelia and The Nutcracker – recently revived), The Australian Opera (Turandot, The Merry Widow and Salome), Western Australian Opera (Albert Herring), The Royal New Zealand Ballet (Swan Lake, Peter Pan and A Christmas Carol), South Australian Opera (Verdi’s Macbeth), the Sydney Dance Company (King Roger and Body of Work) and Sydney Theatre Company (Macbeth, The School for Scandal and A Doll’s House). He created the costume designs and scenario (with Graeme Murphy) of the Australian Ballet/Sydney Dance Company co-production Tivoli which toured nationally and he designed and co-conceived Graeme Murphy’s highly acclaimed production of Swan Lake for Australian Ballet which earned him a 2003 Green Room Award for Concept and Realisation and 2003 Helpmann Award for Best Scenic Design. He also designed Pecos Bill for Houston Ballet’s triple bill The Tales of Texas.

Film and television designs in Australia have included costumes for the feature films Undercover, Sky Pirate and Short Changed. Kristian also worked as a production designer on Vietnam – a television series directed by John Duigan and Chris Noonan (1986) and the mini-series Dirtwater Dynasty directed by John Power (1987) and The Shiralee – a four hour mini series directed by George Ogilvie for South Australian Film Corporation.

Kristian is a recipient of four Erik Design Awards and won prestigious Green Room Awards for After Venice (Sydney Dance Company – 1985), King Roger (1991), Turandot (1991), The Nutcracker (1992), Salome (1993), Swan Lake (2002) and an AFI award for Undercover. Kristian also received a Penguin Award for The Shiralee (1988). In 1999 Kristian received the Australian Dance Award for Services to Dance.

Kristian Fredrikson passed away on 10 November 2005.

“Kristian Fredrikson was one of our most important and influential designers, whose work graced the opera, ballet and theatre stage. He designed some of our best loved productions including Salome and The Merry Widow, and I’m sure his Turandot and, most recently Norma in 2004, will live in our repertoire form many years to come. He will be greatly missed by all of us in the industry.” said Adrian Collette, Chief Executive Opera Australia.

Fantasy, sensuality, a superb knowledge of period, cut and fabric – these are the words that come immediately to mind when one thinks of the stage designs of Kristian Fredrikson.

His work for the Melbourne Theatre Company, The Australian Ballet, Opera Australia and especially his many collaborations in partnership with Graeme Murphy for different companies, rank amongst the finest Australian theatrical achievements of the last forty years.

Despite his apparent fragility, Kris had enormous strength and showed a dogged determination in supervising the realization of his designs by the craftspeople that brought them to life. While his costume renderings were works of art in themselves, they were only the beginning of the process – his great gift was in the realization of the fantasy that his imagination had unleashed.

He will be sorely missed, but it’s good that some of his major work remains in the repertoire of major Australian companies.