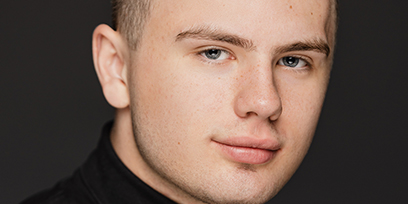 Originally from Adelaide, Lewis has trained in performing arts since the age of five. He found his passion for the stage at Precizion Dance, then obtained a scholarship at Scotch College. At age 14, Lewis moved to Melbourne to train at Patrick School of the Arts and then moved to the Gold Coast to complete Dance Force’s full-time training program.

Since graduating, Lewis has performed for a number or corporate events in Australia and travelled to America to perform in Embodiment the Collective’s show ‘The Overthinker’. He was also selected to be a Top 50 contestant on Season 15 of America’s Got Talent.

Lewis is thrilled to be making his professional musical theatre debut in Rodgers and Hammerstein’s Cinderella.