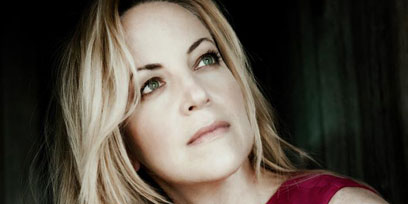 American dramatic soprano Lise Lindstrom has dazzled the world with compelling performances that are “truly world-class”. Her unique vocal power combined with her expansive range, extensive palette of vocal colours, and unrivalled stagecraft, makes her one of the most sought-after talents of her generation. In roles that range from Turandot to Senta, Elektra and Brünnhilde, Lindstrom’s distinguished career has taken her to the world’s leading opera houses, including the Metropolitan Opera, San Francisco Opera, Deutsche Oper Berlin, Wiener Staatsoper, Royal Opera House Covent Garden, and Teatro alla Scala.

During the 2021/22 season, Lindstrom will take to the stage Brünnhilde in Götterdämmerung for Oper Leipzig and the title role in Elektra for Semperoper Dresden alongside her return to Opera Australia. In the summer of 2022, Lindstrom will make her highly anticipated debut at Bayreuther Festspiele.

Recent highlights include the title role in Turandot for Gran Teatre del Liceu and for Opera Australia, title role in Salomé at the Wiener Staatsoper, Barber’s Andromache’s Farewell with the Dallas Symphony Orchestra and Die Färberin in Die Frau ohne Schatten in concert with the Rotterdam Philharmonic Orchestra and Yannick Nézet-Séguin, Brünnhilde in the full Ring Cycle and Die Färberin in Die Frau ohne Schatten both for the Staatsoper Hamburg with Kent Nagano; title role in Salome for Opera Australia, Brünnhilde in Götterdämmerung on stage in full production and gala performances for Oper Leipzig and in Die Walküre for Teatro San Carlo in Naples, Marie in Wozzeck at the Theater an der Wien, the title role Turandot at the Metropolitan Opera, Covent Garden, Wiener Staatsoper, Bayerische Staatsoper Munich, Teatro alla Scala Milan, Seoul Arts Center, San Diego Opera and Palau de les Arts Valencia. In addition, she was heard alongside the Vienna Philharmonic as Turandot in Mission Impossible – Rogue Nation in cinemas worldwide.

Born and raised in California, Lise Lindstrom was introduced to music by her mother, a singer and music teacher. She earned her Bachelor of Arts degree at San Francisco State University and Master of Music degree at San Francisco Conservatory of Music. In 2016 Lindstrom performed Brünnhilde in her first Ring Cycle for Opera Australia for which she was awarded the Green Room Award and Helpmann Award.