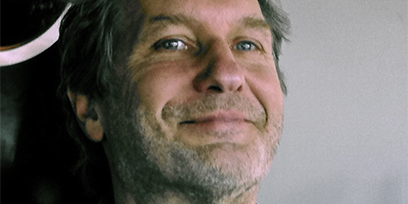 Luc De Wit began his career as an actor but later worked increasingly as a stage director and since 1995 he focused mainly on directing operas. He also teaches regularly at theatre and music theatre colleges, and has given workshops for actors, singers, directors and set designers. He currently teaches at the Lassaad International Theatre School in Brussels.

Luc has worked as a co-director with William Kentridge since 2005 and often revives Kentridge’s productions in international opera houses and theatres. Among these productions have been Die Zauberflöte (Opera La Monnaie /De Munt, Brussels and revived in many opera houses), Il Ritorno di Ulisse, The Nose, Lulu and Büchner’s Woyzeck. He was associate director of Kentridge’s production The Nose, originally seen at the Metropolitan Opera in New York in 2010 and revived there in 2013. This production was also seen at the Festival d’Aix en Provence and at the Opera de Lyon in 2011. In 2012 he worked with William Kentridge and composer Philip Miller on the chamber opera Refuse The Hour. The following year he worked as movement director on Guy Cassier’s production of Götterdämmerung at the Berlin State Opera and La Scala, Milan. That same year he co-directed Die Zauberflöte with Pierrick Sorin in Lyon.

In 2015 Luc De Wit and William Kentridge once again worked together, this time on Lulu, a co-production between the Met, The Dutch National Opera in Amsterdam, the Rome Opera and the English National Opera.

In 2017 Luc was co-director with William Kentridge for Wozzeck at the Salzburger Festspiele in co-production with Sidney Opera, the Met, and the Canadian Opera of Toronto.

In 2018 he will collaborate with William Kentridge for a new creation, The Head and the Load, a co-production between Tate Modern, the Rhurtriënale, the Armory of NYC and Hollandfestival. Luc is also acting in this production.