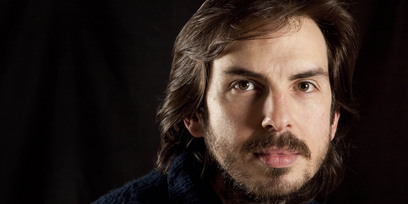 Following Aida, Opera Australia’s 2015 Handa Opera on Sydney Harbour, Lucas will be creating for Sydney Dance Company and the Sydney Symphony Orchestra, Louisville Ballet, The Australian Ballet School, Queensland University of Technology and Queensland Ballet, and work as Dramaturge for The Australian Ballet’s new production of The Sleeping Beauty. Lucas’ production of Roald Dahl’s The Witches will continue to tour Australia after sold out seasons at both The Malthouse Theatre and Griffin Theatre Company.

Lucas studied dance at the Victorian College of the Arts Secondary School and The Australian Ballet School where he graduated with Honours in 1998. He then danced professionally in both classical and contemporary dance companies including The Australian Ballet, Dance Works Rotterdam and Scapino Ballet Rotterdam. Lucas retired from dance in 2010 and co-founded JACK Productions in Melbourne, which presented three ballet-theatre productions over two years.

In 2012 Lucas was one of six artists accepted into the National Institute of Dramatic Art to study Directing. Following his graduation, Lucas was invited to become an Affiliate Director with Griffin Theatre Company. In October 2013 he was appointed Artistic Director of Buzz Dance Theatre, Australia’s premier dance theatre company for children and young people from 1986-2014, to create a final season for the company. In August 2014 Lucas joined Sydney Dance Company as interim Rehearsal Director and from January 2015 is a Sydney-based freelance artist.