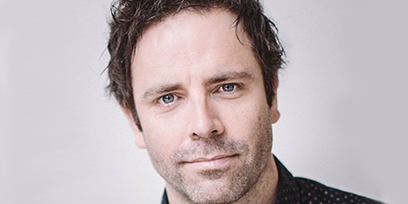 Luke is an award- winning Actor and Director. A graduate of The University of Western Sydney and the Actors College of Theatre and Television, Luke has forged a successful career in both musical theatre and straight drama, as well as being highly sort after as a director.

Credits include the national tour of Peter Pan Goes Wrong, The Play That Goes Wrong, both for Lunchbox and Jon Nicholls, Brigadoon for Production Company, Machu Picchu for State Theatre Company of South Australia, Pinnochio for Windmill and Sydney Theatre Company, Threepenny Opera for Malthouse and Sydney Theatre Company, 25th Anniversary production of Les Miserables for Michael Cassel and Cameron McIntosh, Annie and Dr Zhivago both for GFO, Avenue Q for Arts Asia, Assassins for Neil Gooding, Dirty Dancing for Jacobsens, Titanic for Seabiscuit and Guys and Dolls for Dennis Smith.

Luke directed Beyond Miserables with the cast of Les Miserables.

In 2009 he won the Helpmann and Greenroom awards for Best Supporting Actor in a musical. Luke also holds a Helpmann nomination for Best Director for In the Heights in 2019.