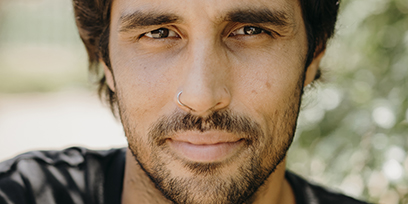 Born in Broome, growing up in and amongst the Bran New Dae and Kuckles family, Manny was influenced to develop a relationship with music from a young age. He began playing guitar in his teenage years and became involved in the Broome music scene.


Manny spent time in Melbourne from 2009 to 2013 playing in local bands before returning to Broome to be a part of local projects such as the Saltwater Music Festival.


He recently played guitar in The Shorebird Quest, a local Kimberley Theatre production. Manny feels privileged to have grown up around such raw and cathartic writers and musicians and is thrilled to give back to a special story.