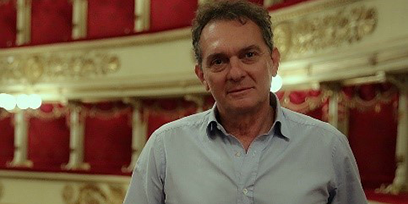 Marco Filibeck began his career as a lighting console operator, working on over 200 live concerts. In 1983, Filibeck received a qualification as a light technician at Bologna’s Teatro Comunale. Two years later, he was hired at Teatro alla Scala in Milan. In 2009, he became the lighting manager.

During his career, Marco has worked with some of the most important Italian and foreign directors, such as Franco Zeffirelli, Luca Ronconi, Liliana Cavani, and Àlex Ollé (La Fura dels Baus).