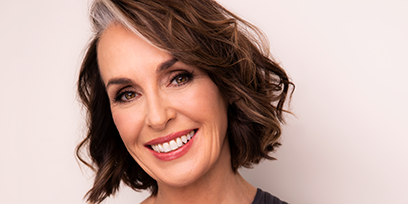 Thrilled to return to her hometown of Sydney direct from the Broadway production of The Phantom of The Opera, where she has been playing the role of Madame Giry. Maree is fondly remembered as Christine Daae in the original Sydney production of Phantom.

Maree’s career began as an understudy and swing in Cameron Mackintosh’s production of Les Miserables. Other Australian performances include Grizabella in Cats (The Really Useful Group), Maria in West Side Story (Victorian State Opera/IMG), Eliza in My Fair Lady (Victorian State Opera/IMG), Isabel/Helen in the Australian premiere of Scrooge (Princess Theatre). Maree’s U.S. credits include The Widow in Zorba, Fosca in Passion (Barrymore Award nomination) and Emily in Adam Guettel’s Myths & Hymns.

In addition to her work in musical theatre, Maree’s concert and cabaret performances have entertained audiences throughout Australia and around the world. Some of her favourites include Young Heidi and Young Sally in Follies (Melbourne International Festival/Sydney Gay and Lesbian Mardi Gras) and the lead in You’re Gonna Love Tomorrow at the Sydney Opera House. Maree won the Sydney Cabaret Convention in 1998 which was the beginning of her ongoing love affair with New York City and everything Broadway!