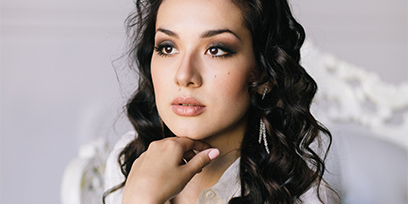 Italian-Kazakh soprano Maria Mudryak was born in 1994 and began her musical studies in piano and singing in her hometown, Pavlodar, Kazakhstan. She attended the Giuseppe Verdi Conservatory in Milan, where she graduated with honours at the age of 18 and has since participated in numerous international concerts in Russia, Kazakhstan, Germany, Poland, Ukraine and Italy.

In 2013 she was a finalist at the “Benvenuto Franci” competition in Pienza and also won the “Youth Project” award at the Carlo Felice Theatre in Genoa. In that same year she won second prize for “Female Voice” and the Audience Award at the opera competition “Magda Olivero”, as well as the 65th Competition for Young Opera Singers at Aslico Circuit. Following these achievements, she was part of the “Young Singers Project” at the Salzburg Opera Festival. Last season Maria debuted as Susanna in Mozart’s Le Nozze di Figaro at Teatro Carlo Felice in Genoa.

Her recent roles include Norina in Don Pasquale and Giulietta in Les Contes d’Hoffmann in Bergamo, Como, Cremona, Pavia and Jesi, Musetta in La Bohème in Ravenna, Vilnius and Mumbai, and Mimi at Theatre Astana Opera in Astana. She has sung in Le Nozze di Figaro at Petruzzelli Theatre in Bari, Naples and Palermo, La Scala di Seta in Liege, La Traviata at Maggio Musicale Fiorentino, Genoa and Naples, Adina in L’Elisir d’Amore in Ravenna and Piacenza, La Vedova Allegra, Un Ballo in Maschera in Beijing, and Turandot in Shaanxi. Maria has also performed concerts in Piacenza and Mantua alongside baritone Leo Nucci.

Her future engagements will include L’Elisir d’Amore in Avignon and Beijing, Faust in Melbourne, and Rigoletto in Liege.