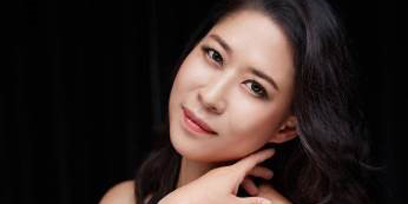 Mariana’s future performances will include the role of Liu (Turandot) for Opera Australia, Verdi’s Requiem for Sydney Philharmonia Choirs, and recitals for Opera Queensland. Her 2021 engagements were to include returning to Opera Australia in the new production of Wagner’s Ring Cycle in Brisbane, to perform the roles of Freia in Das Rheingold and Helmwige in Die Walküre, which will now be re-scheduled.

Mariana graduated from Seoul’s Han-Yang University with a Bachelor of Vocal Music and obtained a diploma in opera performance with high distinction at the Conservatorium of Milan and the Vercelli Academy in Italy.

Mariana has been soprano soloist in Rossini’s Petite Messe Solenelle, Poulenc’s Gloria and Stabat Mater with Romano Gandolfi and in Beethoven’s Ninth Symphony under the baton of Maestro Riccardo Chailly in Milan and throughout Italy. Mariana has also performed in Carmina Burana with Melbourne Symphony Orchestra, Missa Solemnis with Sydney Philharmonia and Auckland Choral Society, at Opera in the Vineyards, and in recital and the Rutter Requiem at the Newcastle Music Festival, as well as giving numerous concerts and recitals in Sydney, Brisbane, Melbourne and Canberra.

Mariana was the winner of the Australian Singing Competition’s prestigious Opera Award and the MBS Young Performers Award in 2002. She is also a Helpmann Award and Greenroom Award nominee.