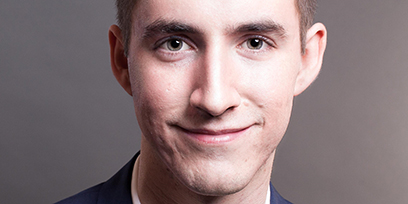 Mark Connors graduated from Queensland Conservatorium Griffith University (QCGU) in 2016 with a Bachelor of Music studying classical piano, under the tutelage of Oleg Stepanov. As an undergraduate Mark assisted as a repetiteur for QCGU's 2016 production of Albert Herring, directed by Bruce Beresford. During his studies he was the winner of the Hilda Woolmer Scholarship Prize for piano accompaniment at QCGU. This prize funded Mark’s participation in the 2016 International Art Song Academy at WAAPA, where he worked with the renowned accompanist Dr Graham Johnson. He returned to participate again in 2017.


2016 was also when Mark was first invited to perform with the Underground Opera Company, and has since become their musical director. He was engaged by Opera Q as repetiteur for their 2017 season productions of The Pearl Fishers and Ruddigore, or the Witch's Curse, as well as their 2018 seasons of Peter Grimes and Don Giovanni.


Mark has given a number of recitals in Brisbane alongside talented up and coming classical singers, often with Brisbane City Opera (BCO), with whom he continues to work in 2019 as musical director. With BCO he has conducted Handel’s Apollo & Dafne as well as the Australian Premiere of Richard Ferguson’s Opera Galactica. He is in demand as an accompanist for school and community choirs throughout Brisbane, and plays regularly for The Queensland Choir. In 2018 Mark commenced working as a studio accompanist for the classical voice department at QCGU.