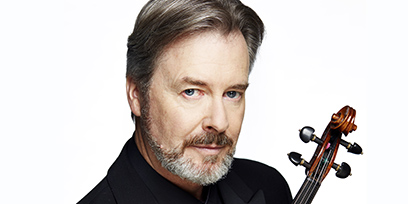 Mark worked with the Sydney Symphony Orchestra for approximately 3 years before freelancing full-time during which time he did extensive studio recording and touring with artists such as Shirley Maclaine, Sammy Davis Jr., Debbie Reynolds, Peter Ustinov, George Benson and many visiting ballet companies with stars such as Rudolf Nureyev, Margot Fonteyn and Mikhail Baryshnikov. In 1978 Mark was invited to join the Australian Chamber Orchestra, and in 1981 joined the Elizabethan Sydney Orchestra as principal second violin. Mark has also played with Sydney Baroque and Winsome Evans and has performed with the Kuringai Philharmonic Orchestra for a number of seasons as a conductor.

Mark is currently Vice President of the Players’ Committee. He became an active campaigner for the preservation of Sydney’s theatres and, as the musicians’ representative, was seconded to Ipoh Gardens (developers) by Sydney City Council to oversee the design for the Orchestra pit at the Capitol Theatre. He was elected to the Sydney and NSW branches of the Musicians’ Union of Australia and was involved in the restructuring and amalgamation of unions and the formation of SOMA (Symphony Orchestra Musicians Association). He became president of the Players’ Committee of the Orchestra, which oversaw the transition from the Elizabethan Trust to the fully independent Australian Opera and Ballet Orchestra, prior to becoming part of Opera Australia. In 1989 Mark saw the rewriting of the Musicians’ Opera and Ballet Award with completely new pay rates and conditions. He has also established committees for the development of musicians’ ear plugs, for hearing protection, and for the design and development of fully adjustable (and stackable) ergonomic Orchestral chairs.