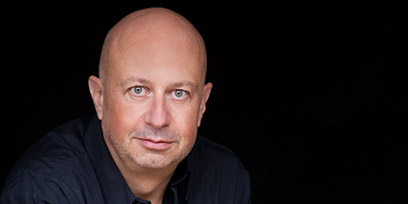 Bass-Baritone Martin Winkler was born in Bregenz, Austria. Martin studied voice at the University of Vienna with Walter Berry.


Martin entered the opera world in 2011 with his hugely successful debut as Klingsor in Wagner’s Parsifal in Tallinn. Martin reprised the role in Calixto Beitos’ production of Parsifal in Stuttgart in 2012/13 with Sylvain Cambreling, and had his debut as Alberich in Der Ring des Nibelungen at the Bayreuth Festival 2013, a new production staged by Frank Castorf and conducted by Kyrill Petrenko.


After this critically acclaimed debut, he sang Alberich at the George Enescu Festival in Bucharest and returned in 2015. He sang Klingsor for the new Parsifal production by Christof Loy at the Royal Opera House Stockholm, Orest in Strauss’ Elektra in Warsaw, in Donizetti’s Viva la Mamma staged by Rolando Villazon and Pizzaro in Vienna. Martin debuted with the Bayerische Staatsoper Munich in Alban Berg‘s Lulu. Other roles include Lautsprecher in Kaiser von Atlantis and the lead role in Royal Opera House’s production of Shostakovich’s The Nose directed by Barrie Kosky.


He performed the title role in the world premiere of Lea Auerbach’s Gogol at the Theater an der Wien and the title role in Le Grand Macabre by György Ligety at the Komische Oper Berlin. Focusing on wild characters in contemporary music as well as classical buffo-roles, he has performed at the opera houses of Schleswig Holstein, the Staatstheater Schwerin and the Komische Oper in Berlin, performing roles such as Don Magnifico in Rossini’s Cenerentola, Dr. Bartolo in The Barber of Seville and the title role in Sondheim’s Sweeney Todd. With Volksoper, he has sung roles such as Dr. Bartolo in Rossini’s The Barber of Seville, Frank in Strauss’ Die Fledermaus, Kaspar in Weber’s Der Freischütz and Kecal in Smetana’s The Bartered Bride.