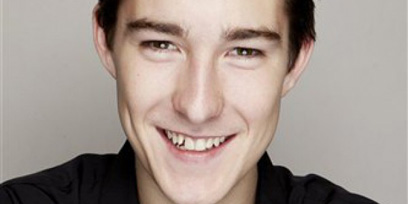 Opera Australia and David Frost’s production of Anything Goes is Mason’s second professional theatre show, having debuted in David Atkins’ 2013 anniversary tour of Hot Shoe Shuffle as the role of the youngest brother Slide.


Mason began dancing at the age of three at Loraine Mead Dancers, and then furthered his training by studying all facets of dance at Michelle Slater Coyne Performing Arts Studios. His training in music and performance includes singing, dancing, acting and playing musical instruments including the clarinet and saxophone. During the past 12 months Mason completed VCE while continuing his training in voice, music, dance and music theatre. He also performed in a variety of corporate productions with Events Theatre International in 2014.


Mason would like to thank his teachers for the wonderful support and training he has received over the years – a special thank you to Michelle Slater, Kevin Coyne, Kylie Nanfro, Marlene Bowie, Kathryn Trapani, Amanda Colliver; and his friends and family for their encouragement and support.