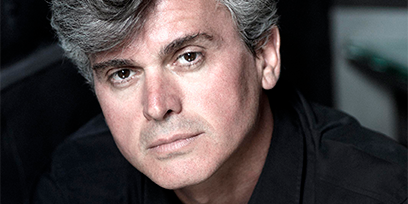 Since September 2018 he has been named Music Director of the Gyeonggi Philharmonic, one of the major symphonic orchestras in South Korea. The beginning of his assignement has been characterized by significant success, with a great response from both the audience and the press, putting the GPhil under the international spotlight.

Beside his regular commitments in South Korea, including a production of Mozart’s Don Giovanni at the Seoul Metropolitan Opera, the highlights of the next months are the return to Teatro Alla Scala di Milano, conducting the annual Gala concerts of the Academy of La Scala, a new production of Puccini’s Madama Butterfly at the Sydney Opera House. He will be present, in different occasions, during the symphonic season of the Teatro Lirico di Cagliari and he will conduct a concert at Mikhailovsky Theater in S. Petersburg. In the season 2019/20, Massimo Zanetti will continue his long cooperation with the Berlin Staatsoper conducting three different productions.

Recent seasons’ highlights include Verdi’s La Traviata at the Berlin Staatsoper, Bizet’s Carmen at the Teatro Lirico di Cagliari, Bellini’s Norma at the Opera Royal de Wallonie, as well as concerts at Tokyo’s Suntory Hall with the Yomiuri Symphony Orchestra, at the Philharmonie Berlin with Sonya Yoncheva and the Radio Symphony Orchestra, at the Komische Oper Berlin with Mischa Maisky, the Mozarteum Orchestra Salzburg, the Brucknerorchester Linz and the Royal Stockholm Philharmonic. He also opened the Moscow’s celebrated Rostropovich Festival with the Russian National Orchestra.

Worth mentioning are also Donizetti’s Don Pasquale at Beijing’s NCPA, Carmen and Il Barbiere di Siviglia at the Teatro alla Scala di Milano; he has also continued his long cooperation with the Semperoper Dresden, the Bavarian State Opera in Munich, the Verdi Festival in Parma and Barcelona’s Gran Teatre del Liceu with highly acclaimed productions of Verdi’s I Due Foscari and Simon Boccanegra, both featuring Placido Domingo and Leo Nucci.

Zanetti held the position of Music Director of the Flemish Opera from 1999–2002, leading highly-acclaimed productions of a wide range of titles including Salome and Pelléas et Melisande, in addition to numerous symphonic concerts as part of the house’s orchestral season.

Massimo Zanetti’s recordings include the Verdi Album with Sonya Yoncheva (Sony Classical, 2018), a Decca release of Verdi’s Simon Boccanegra (2013), as well as DVD releases by C Major within the ‘Tutto Verdi’ project of Rigoletto (2008) and I Vespri Siciliani (2010) from the Teatro Regio di Parma, and a CD recording of Flavio Testi’s Saül (Naïve, 2004).