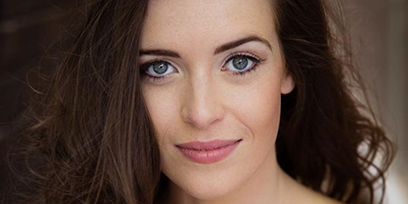 Matilda graduated WAAPA in 2015 with a Bachelor of Music Theatre, and has since performed in New York as the recipient of the Bound for Broadway ASCAP/TDP scholarship as well as touring Australia, Shanghai and Singapore with WB Productions/ Mark Bradley International. In 2020, Matilda was cast in Gordon Frost/ Opera Australia’s The Secret Garden as Alice and Lily/ Rose cover, and featured as Fantine in Les Miserables (dir. Luke Joslin). She was a semi-finalist in the 2017 Rob Guest Endowment and has played Gussie Carnegie in Merrily We Roll Along (Little Triangle), Kate Mullins in Titanic: the Musical (StageArt), and Patty Simcox in  The Original Grease (Squabbalogic).

In her downtime, Matilda has enjoyed workshopping and performing in new Australian musicals including Between Worlds (dir. Jason Langley), Matthew Lee Robinson’s Atlantis as Lyra, Dot and the Kangaroo (dir. Warwick Doddrell), and Between the Lines (Tim Cuniffe & Brendan Hanson). She has also toured Australia as lead singer with the James Morrison trio, and featured in TV commercials for Virgin, LG, NSW Government, Eggs Australia and modelled for many Australian fashion labels.

During her time at WAAPA, Matilda’s roles included Margaret White in Carrie: The Musical, Vivienne Kensington in Legally Blonde: The Musical, and Yonah in Children of Eden. She was also awarded the inaugural John Cowdell Music Theatre Award for her performance in West Side Story. Previously to WAAPA, Matilda cruised with MSC as lead production singer (Bor Productions) . Raised as a musician from a young age, she gained her LTCL on clarinet and was awarded the title of National Junior Clarinet Champion. Matilda would like to thank her family, friends and the team at Helen Pandos Management for their continual love and support.