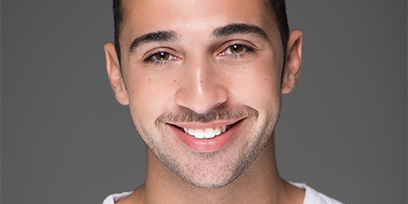 Matt was raised in Sydney, which is where he trained, but is currently residing in London. His musical theatre credits include the Australian tour of Disney’s The Lion King and the Asian tour of Cats The Musical (RUG) in which he played several roles. He has performed in several Opera Australia productions including Aida, The Magic Flute and Madame Butterfly. He was also a part of The Australian Ballet’s The Nutcracker (Graeme Murphy). Matt’s television credits include The X Factor (UK & AU), The Voice, The Brit Awards, SYTYCD, Dance Boss, Big Brother, The Celebrity Apprentice and Dance Academy (the television series & feature film).