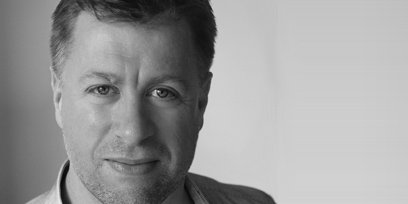 Matthew Barclay is a stage director, choreographer, movement director and arts manager. He studied music as a chorister at St Paul’s Cathedral, Melbourne, attended the Victorian College of the Arts, graduated in dance from the Australian Ballet School and in arts management from Deakin University. His first creative engagement at Opera Australia was as choreographer on the premiere of Alan John’s The Eighth Wonder for the 1992 National Opera Workshop, directed by Jim Sharman. His recent work includes directing Julie Taymor’s acclaimed production of The Magic Flute at the Sydney Opera House.

On assignment for other companies, he has directed Madama Butterfly for Pittsburgh Opera and Opéra de Montréal; Il trovatore at the Macau International Music Festival; Carmen for the Taiwan Philharmonia; Faust, Il trovatore, Don Giovanni for West Australian Opera; L’elisir d’amore, Don Giovanni, Madama Butterfly for State Opera of South Australia; Carmen for Opera Queensland; La Clemenza di Tito for Victorian College of the Arts Opera; Die Fledermaus for Sydney Conservatorium Opera. He was associate director and choreographer of Giulio Cesare for the Los Angeles Opera, assistant director of Showboat at the Royal Albert Hall and Bliss at the 2010 Edinburgh International Festival.

Matthew has created workshops in many areas of stage performance for education and artist development programs as guest lecturer on the Faculty of Vocal and Opera Studies in Sydney Conservatorium of Music, for the opera program at the Victorian College of the Arts, and the Moffatt Oxenbould Young Artist Program of Opera Australia. He is currently guest tutor for the National Institute of Dramatic Arts MFA Directing Program, lecturing in opera.

Matthew has a longstanding interest in developing artists, in 2015 and 2016 he was invited to the iSing Young Artists Festival in Suzhou, Hangzhou, Shanghai and Beijing as stage director and performance coach, preparing over forty international and Chinese singers for performance with the Shanghai Symphony Orchestra.

As an arts manager, Matthew has produced two consecutive Australian Dance Awards for Ausdance National, is a former board member at The Song Company, the current board chair of Places + Spaces Inc.  He is currently producing and directing La bohème to be performed the Hanoi Opera House, Vietnam for the 2016 Hennessy Concert Series.