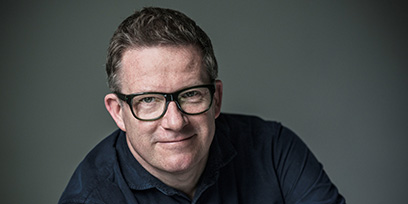 Matthew Bourne is firmly established as the UK’s most popular and successful choreographer and director. He is the creator of the world’s longest-running ballet production, a record-breaking nine-time Olivier Award winner, and the only British director to have won the Tony Award for both Best Choreographer and Best Director of a Musical.

Matthew started his dance training at the comparatively late age of 22 and danced professionally for 14 years. As artistic director of his first company, Adventures in Motion Pictures, from 1987 until 2002, Matthew created many award-winning works. Further hit productions were created when New Adventures was launched in 2002, becoming the UK’s busiest and most successful dance company and the major exporter of British dance across the world. Matthew is also a West End and Broadway choreographer; a 25-year relationship with producer Cameron Mackintosh has resulted in the globally successful musicals Mary Poppins (which is currently enjoying a West End revival), My Fair Lady and Oliver! He has seven honorary doctorates and in 2018 received an honorary degree of Doctor of Letters from University of Oxford. He is also a companion of Liverpool Institute of Performing Arts and a proud patron of many organisations, including Tring Park School of the Performing Arts, Arts Educational Schools London and Laine Theatre Arts.

In 2015, he became the first dance figure to be given the Stage Award for Outstanding Contribution to British Theatre, presented by the UK Theatre Awards. He received the OBE in 2001 and was knighted in the Queen’s New Year honours in 2016; in the same year he was awarded the Queen Elizabeth II Coronation Award in recognition of his outstanding services to dance.

Production overseen by — The Phantom of the Opera(2022)