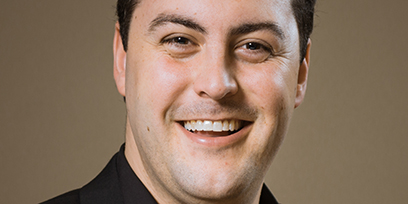 Tenor Matthew Reardon is a graduate of The Music Academy of the West in Santa Barbara, California under the tutelage of Marilyn Horne, the Western Australia Academy of Performing Arts (WAAPA) and the Dame Nellie Melba Opera Trust Program, Melbourne. Most recently he completed a Masters of Opera from the Wales International Academy of Voice.

Matthew made his professional debut in Pecan Summer, the first Indigenous opera by Yorta Yorta soprano Deborah Cheetham. Other professional engagments include: Don José in Carmen with Festival Opera in New Zealand. Cavaradossi in Tosca with the Australian Discovery Orchestra, Ferrando in Mozart’s Così fan tutte, with Co-Opera, Rodolfo in Puccini’s La bohème and Vašek in The Bartered Bride by Smetana in California.

In 2018 Matthew completed a recital tour with Deborah Cheetham where they performed in the Pilbara region of Western Australia singing at Opera in the Gorge in the Karajini National Park. He also performed for the Australian High Comissioner in Singapore.

The 2018 production of Madame Butterfly will be Matthew’s debut with Opera Australia.