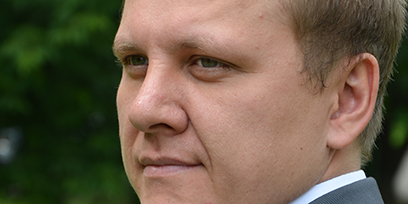 A regular guest soloist at the Bolshoi Theatre in Moscow, Aniskin reprises his role of Renato in Un Ballo in Maschera, and Ibn-Hakia in Iolanta. Other upcoming engagements include his debut at the Opera Australia as Count di Luna Il Trovatore, return to Prague National Theatre in the title part of Macbeth.

At the Bolshoi Theatre of Moscow he sang Renato Un Ballo in Maschera, Robert Iolanta. He was scheduled to debut at the Teatro Municipal de Santiago in the title roles of Macbeth and Eugene Onegin*.

His notable appearances in recent seasons include Robert in Iolanta and Sir Riccardo in I puritani at the Metropolitan Opera, New York. He reprised the role of Robert Iolanta at the Aix-en-Provence Festival, Opera National de Lyon, Teatro Real Madrid, Novosibirsk Opera, and the Bolshoi Theatre Moscow. At the Bolshoi Theatre Moscow, he could also be seen as Mizgir Snow Maiden, Marcello La bohème, Prince Yeletsky and Count Tomsky in The Queen of Spades. At Malta’s Teatru Astra Aniskin was Giorgio Germont La Traviata, He was Gryaznov in the Tsar’s Bride and Conte di Luna Il Trovatore at the Chaliapine’s Festival in
Kazan, Giacomo Giovanna d’Arco at the Theater Bonn, Yeletsky in Pique Dame at the Teatro San Carlo Napoli.

Eugene Onegin, Prince Yeletsky and Count Tomsky in The Queen of Spades, Escamillo in Carmen at the Perm Theater and at the Novosibirsk Opera. Aniskin was Sharpless in Madama Butterfly, Rigoletto, Rodrigo in Don Carlo, Scarpia in Tosca, the title character in Prince Igor, Germont in La traviata, and Renato in Un ballo in maschera at the Novosibirsk Opera. He took on the demands of Macbeth at the Stadttheater Klagenfurt, Novosibirsk Opera, Staatstheater Darmstadt. At the Metropolitan Opera NY, Aniskin was the cover for Rodrigo Don Carlo, Prince Igor, Carlo Gerard Andrea Chenier, Renato Un ballo in maschera and Don Carlo Ernani .

He performed under Dmitri Jurowski in Gala-concert The XI International Christmas Art Festival in Novosibirsk.