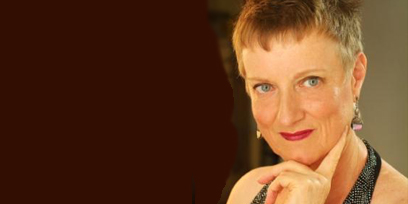 A performer of great versatility, the distinguished soprano Merlyn Quaife has performed opera, oratorio, lieder, chamber music and contemporary music to great acclaim throughout Australia and Europe. She has performed as soloist with the Singapore Symphony, Hong Kong Philharmonic and the Voronesz Philharmonic (Russia). Merlyn has appeared with every Australian Opera Company in roles ranging from the bel canto Lucia in Lucia di Lammermoor to the minimalistChiang Ch'ingin Nixon in China. She has performed with all the major Australian symphony orchestras, featured in repertoire of every conceivable style from Handel to Ligeti, as well as recording a number of CDs including Aria for John Edward Eyre by David Lumsdaine, which won her a Sounds Australia Award. Her recordings appear on the Naxos, Move, Tall Poppies and ABC Classics labels. In June 2013, Merlyn was appointed a Member (AM) in the General Division of the Order of Australia for her significant services to music.


2015 sees Merlyn give a recital A Walk to the Field of Stars at the Peninsula Summer Music Festival, an appearance in the 3MBS Brahms Marathon, a lunchtime concert at Monash University (including Clarinet Romance and Schubert The Shepherd on the Rock), Stanhope Sea Chronicles – Five Songs for Soprano and String Quartet with the Aequales Ensemble in a Brahms @ AllSaints Concert, Beethoven Symphony No 9 with the Monash Academy Orchestra and regular performances at St Francis Church. She will also premiere a newly commissioned song cycle by Roger Heagney Doomed Youth as part of Music at the Basilica’s ‘Centenary of World War One’.


In 2014 her engagements included performances with ‘Songmakers Australia’ for 3MBS as part of Schubert Marathon program, for Musica Viva Coffee Concerts series and at the Salon of the Melbourne Recital Centre, and a recital for Art Song Canberra. 2013 saw her perform Britten’s Les Illuminations with the Melbourne Chamber Orchestra, a concert as part of Once Upon a Time series in The Famous Spiegeltent and the role of Ortlinde in Die Walküre in Opera Australia’s Melbourne Ring Cycle. In 2012 she performed the role of the Overseer in Elektra for West Australian Opera, perform Les Noces for West Australian Symphony Orchestra and Pierrot Lunaire for Melbourne Festival with ‘Songmakers Australia’ and Syzygy Ensemble, appearances in Opera XS with Malthouse Theatre, Melbourne and at the Australian Festival of Chamber Music, Townsville.


Other recent performances have included the role of First Lady in The Magic Flute for Victorian Opera, Brett Dean’s Wolf Lieder and Webern’s Four Lieder Op. 13 with the Melbourne Symphony Orchestra, the role of Betty in Brett Dean’s new opera Bliss for Opera Australia in Sydney, Melbourne and at the Edinburgh Festival, Barber’s Knoxville: Summer of 1915, Stravinsky’s Les Noces and Haydn Paukenmesse for Auckland Philharmonia and several performances at the Melbourne Recital Centre including the inaugural concert of Vaughan Williams’ Serenade to Music, Bach arias with the Freshwater Trio and ‘Walk to the Field of Stars’ – a concert in which Merlyn shares her experience of walking the Camino de Santiago in 2006 in words and song. Merlyn also performed in the premiere of Brenton Broadstock’s Tyranny of Distance and Unsuk Chin’s Akrostichon Wortspiel and Dutilleux’s Correspondence with the Melbourne Symphony Orchestra, Marianne in Der Rosenkavalier in concert with Hong Kong Philharmonic and Ortlinde in concert performances of Die Walküre with the West Australian Symphony Orchestra.


Merlyn has had many works composed for and dedicated to her, with Gordon Kerry's Kindled Skies and Christopher Willcock’s Akmahtova Stanzas being among the highlights. Fortune My Foe composed by Roger Heagney to poems by Graeme Ellis is being performed by Merlyn and her associate artist, Andrea Katz, to raise funds and awareness for ACRATH (www.acrath.org.au) who assist victims of human trafficking.


In 1994, Merlyn made her American debut at the Kennedy Center in Washington DC, singing the title role in Gordon Kerry's opera Medea with Chamber Made Opera. She also sang to great acclaim when she created the title role in Melbourne, with subsequent seasons in Sydney and Canberra with the same company. This was closely followed by a new production with the Berliner Kammeroper, which enjoyed three seasons.


Poulenc's La Voix Humaine (The Human Voice) has become a regular performance piece with orchestra or piano. Other highlights include Sibelius Luonnotar and Rachmaninov The Bells with the Sydney Symphony under the baton of Vladimir Ashkenazy, Shostakovich Symphony No. 14 with the Sydney Symphony, Britten War Requiem with the Berliner Capella and the First Flower Maiden in the acclaimed State Opera of South Australia production of Parsifal – the first fully staged Australian performance, under the baton of Jeffrey Tate. Merlyn has also performed the Schoenberg String Quartet No. 2 with the Arditti String Quartet for Melbourne International Arts Festival and the Goldner String Quartet for the Adelaide Festival and the role of Kitty Hart in the Australian premiere of Dead Man Walking by Jake Heggie for the State Opera of South Australia.