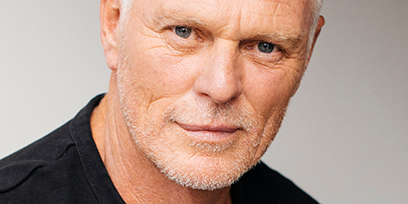 Michael Cormick is an internationally renowned singer and actor with a diverse career throughout Australia, the United Kingdom and Europe.

His highly regarded international credits include lead roles in The Phantom of the Opera (Raoul), Calamity Jane (Wild Bill Hickok), Romeo & Juliet (The Prince), Chess (The Arbitor), Evita (Che), End of the Rainbow (Mickey Deans), TIME (The Rockstar) and Lloyd Webber’s The Woman in White opposite Simon Callow and Anthony Andrews. Whilst living in London, he had the incredible opportunity to sing with Freddie Mercury and Cliff Richard, and he also performed in concerts in Rome, Paris, Edinburgh, Beirut and Cyprus.

Michael has featured at many special events such as The Melbourne Cup, the AFL Grand Final, the Rugby League Grand Final, the official opening of Stadium Australia and the opening of the Christmas Festival at Royal Albert Hall in London. Michael had the honour of performing for Her Majesty the Queen at Royal Command performances of The Phantom of the Opera and Les Misérables.

His television credits Include: The Doctor Blake Mysteries, Reef Doctors, Sea Patrol, City Homicide, Prisoner, Superwog and Bluebird AR. As a vocalist, Michael appeared as a regular on many variety shows including The Don Lane Show, The Bert Newton Show, The Mike Walsh Show, Hey Hey It’s Saturday and The Terry Wogan Show.

In 2021, Michael toured with his solo show Feelin’ Good and with Rachael Beck in You and I. He also performed in concerts with Marina Prior and Silvie Paladino and created his own production The Byron Supper Club in Byron Bay.